Admissions officers are paid to be friendly, so much so that you may feel like you are on a first-name (or no-name) basis with them. But don’t let this lull you into thinking that it is OK to interact with them the same way that you interact with your friends. Admissions officers are also paid to be on the lookout for the skills and qualities that make for a successful lawyer – attention to detail, professionalism, and thoroughness.

Below are three common mistakes that admissions officers have noticed with increasing frequency.

I am a prospective law student who met you at the New York City Law Forum. I will be visiting campus and would like to make an appointment to see you and/or perhaps someone in the emissions office. Can we discuss at 8:30 am on the phone later in the week, or via email today. Email me back and let me know!

To be fair, I no longer get this exact text — I’m not a law school nor do I have an office of admissions (or emissions for that matter ) – but I did get this sort of email in droves. I remember them well, and I thought I would check with my friends in admissions if they still exist. I wish I had not asked. They do, and it is driving them crazy.

Before I start let me assure you of one thing: If you get all three of these right (proper texting, no typos, and understanding the world has multiple timezones), you are going to impress an admissions officer. I mean that–they will think you are a pro. They will love you, admit you, and likely throw huge scholarship money at you. So this is important.

First the good news. If an admissions officer did give you their cell number, they like you! I mean, you must have told them something along the lines of “I got a 180 on the LSAT but I am really trying not to focus on any one school and would rather hear what a large number of schools have to offer beyond simple rankings.” That is about the admissions equivalent of telling Tim Tebow he throws a tight spiral.

Now, the not so good news. Two days later, if you text them, they will confuse you with the other 15 people who had a 4.0 and a 179 who they ALSO gave out their personal cell to. Note the above example. These kinds of anonymous missives are sent all the time. It makes admissions officers want to pull their hair out because they can’t email you. They do not know who you are.

This is not a tired old article on not speaking in text speak. I’ll give you a year before hiring partners blast you with that. The fact of the matter, though, is more and more admissions offices are using text messaging. There is even an admissions software package that will send you a text along the lines of the following: “Hey there, I see you made it to the NYC Forum. Stop by our table we’d love to meet someone like you!”

This is simply a reminder that just because an admissions officer gave you their cell number doesn’t mean they immediately programmed your name, number, and email into their phone. So if they knew who *you *were, they likely would be happy to hear from you and would email you back to set up a meeting.  But since they don’t, they aren’t…and can’t.

One more word of caution…I would write down their cell phone number on a piece of paper and NOT plug it into your phone. There’s little that is more anxiety-causing that you can do as an applicant than send an admission dean a 3 a.m. text by mistake. I’ve gotten these, too, and it’s even worse than getting something addressed to the office of emissions.

Which brings us to… Typos:

This is really simple. Someone will be denied admission to a law school this year because of an egregious typo. For example, and this happens all the time, in a personal statement to Eastern Law School, an applicant will write, “All my life I have wanted to attend Princeton Law School.” Eastern will take this to mean one of two things: The applicant is sloppy and imprecise (not great characteristics for a future alumnus) or the applicant thinks so highly of themselves that they can hand in the same personal statement to every school and still be admitted by them all. Any way you slice it, it doesn’t bode well for your admissions prospects at Eastern. Stated another way, there is absolutely no reason it should be YOU making this mistake.  Let that jerk who is competing with you for a spot at Eastern or Princeton Law insult the entire admissions committee.

Check this out when making an appointment or scheduling a phone call with a law school. Note: You only live in one time zone. 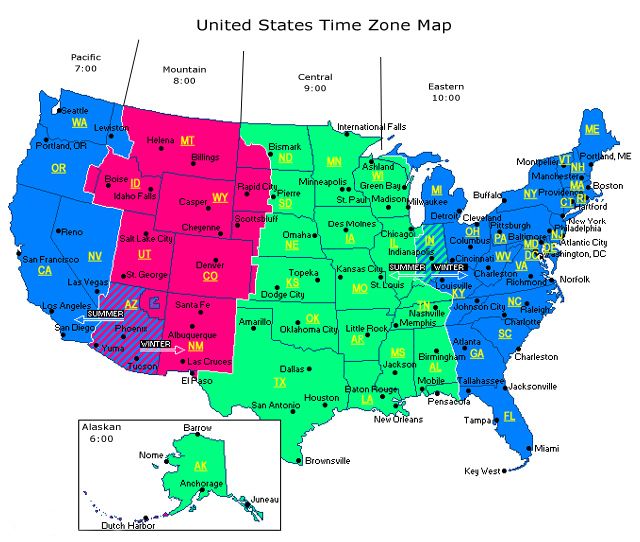